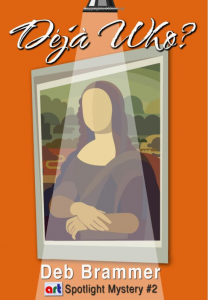 Deb Brammer has done it again.  This sequel to “Broken Windows” follows the same vein of wholesome Christian fiction for young adults.

I enjoyed the discussion beginning in chapter 10 about relative truth vs absolute truth, and real vs. fake conversion.  Deb Brammer demonstrates her thorough understanding of far Eastern thought and the difficulties of cross-cultural communication.

I especially love how normal Christian life* is woven into the story.  The main character goes to God for prayer, and his prayers are … normal.  Asking Him to give strength and wisdom, leaning on God for direction.  It actually caused me to think of situations that I’m facing personally and go to God in prayer myself.

Having studied biblical gender roles, I greatly appreciated the author’s support of complementarianism.   It is interesting to me, too, how issues in introversion and extrovertion and other personality traits affect following God’s plan in one’s life.  These characters struggled with how to share their faith and reach out.  This story took all of that and showed a young dating couple with struggles and flaws, and made them an example of how to work through it and grow.

So often Christian fiction skirts around these ideals rather than embracing them.  It often gives credence to non-biblical philosophies like feminism or egalitarianism, purity issues, and the like, not to mention irregular church attendance, or steady personal devotions, and godly friends. Most fiction I have come across embraces the struggling, weak, or fallen among the Christian community.  Not much is out there for the mature believer to identify with.  I’m not saying the latter is not needed or even necessary, but there’s a gap in the market for the former.  And maybe that is part of why the normal, healthy Christian life is misunderstood and criticized.  Chesterton said, “It’s not that the Christian life has not been tried and found wanting.  It has been found difficult and left untried.”

*I will qualify “normal Christian life” to mean normal in this era.  I understand that there may be extenuating circumstances that prevent folks from going to church every time the doors are open, and certainly in the Medieval Ages and in the apostolic churches things may have looked different.  But then again, Christians have always met on Sundays.  They have met often to pray and fellowship together.   And they identified with a local body of believers, not with the world.