A Cold Case Approach to the Resurrection 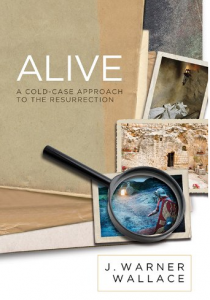 I enjoyed this little booklet.  It is only $0.99 on Kindle, and I read it in just an hour or so.  I’ve enjoyed J. Warner Wallace’s approach to apologetics, probably because I enjoy a good true life mystery.  Wallace was a veteran investigator and an atheist who turned to Christianity after open-mindedly investigating the claims of Christianity.  His original book, “Cold-Case Christianity” is one of my favorites.  This book is a summary of that book, but only dealing with the Resurrection itself.  So it is a great little book to hand out at Easter time.  It can be purchased in batches of 10, so for next Easter, stock up on these and hand them out to your unsaved friends.

Wallace introduces the book this way:

I was a committed atheist when I first heard a pastor preach a sermon that described the resurrection of Jesus. This pastor seemed to actually believe Jesus rose from the dead and was still alive today. I assumed it was just another example of “blind faith”; another well-intentioned church leader believing something for which he had no supporting evidence. Worse yet, I suspected he possessed an “unreasonable faith” and trusted something in spite of the evidence. I was familiar with the rules of evidence and the process by which we can determine the truth about past events. As a detective, I was doing this for a living. I decided to investigate the resurrection as I would any unsolved case from the distant past. My journey led me out of atheism to the truth of Christianity. As I applied my skills as a detective, I became more convinced that the New Testament gospel accounts reliably describe the life, ministry, crucifixion, and resurrection of Jesus. I bet you’ll come to the same conclusion if you take the time to examine the evidence and the explanations offered for the resurrection of Jesus.